We hope you and your family have a happy Thanksgiving holiday. 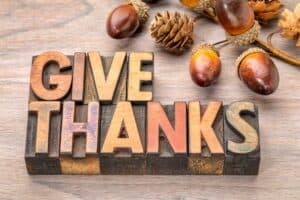 The entire staff at Complete Power Wash in Hagerstown, MD hopes that this Thanksgiving includes reflection on a year of blessings and the hope of a bright future. They also hope that it will be a safe and happy holiday for you, your friends and your family. Whether you are traveling or receiving guests, please take care and enjoy this wonderful time of year.
If you are still considering a pressure washing appointment in 2021, please contact the CPW office right away. They are happy to work you into our year-end schedule, as long as there are openings on the schedule. They pride themselves on helping homeowners get ready for the holidays and welcoming guests for year-end celebrations.
And while you’re enjoying the days leading up to the holidays, enjoy this Thanksgiving trivia.

1. What year was the celebration that is most commonly considered to be the first Thanksgiving?

A: 1621. This is the celebration that people most often talk about when they are talking about the “first” Thanksgiving. But there are others that are claimed to be the first Thanksgiving. There was another celebration in Plymouth in 1623 and one in Boston in 1631 that people claim was the actual first

2. How long did the first Thanksgiving celebration last?

A: Three days. It was celebrated much earlier than our current celebration, possibly in late September. There were about 50 European settlers and around 90 native Americans who attended the 3-day feast.

3. Under which president did Thanksgiving become an annual holiday?

A: Abraham Lincoln. The U.S. has celebrated Thanksgiving off and on since 1774. In 1789 George Washington made a proclamation that the country would celebrate a day of thanksgiving to God on November 26th. Some presidents after him continued the tradition, declaring different days of Thanksgiving. But it wasn’t until a proclamation by Lincoln in 1863 that the last Thursday of November became the official Thanksgiving holiday.

A: 1924. Macy’s Thanksgiving Day Parade was started by Louis Bamberger in Newark, New Jersey but was transferred to New York City where it is now held by Macy’s. America’s Thanksgiving Parade in Detroit was inspired by Eaton’s Santa Claus Parade in Toronto, Ontario.

5. Which president was the first to give a turkey a presidential pardon?

A: Ronald Reagan. John F. Kennedy was the first president on record for unofficially sparing a Turkey in 1963. The Reagan administration in 1987 gave the first official presidential pardon to a turkey as a joke. The turkey was spared and put into a petting zoo. George H. Bush made it an annual tradition in 1989 and each president since has carried on the tradition. 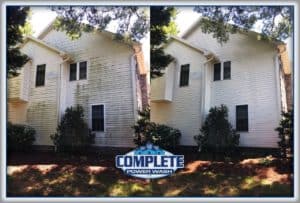 Contact us for Pressure Washing in the Tri-state Area

If you would like to schedule us to clean your home before the final holiday guests of 2018 arrive, contact us by clicking here. If you prefer to talk to us, call our Hagerstown office at 301.842.2290. We specialize in using the softwash technique, which is best for cleaning and not damaging surfaces.

We look forward to helping you make the holidays a great time for your family. If you need help decorating contact our sister company Christmas Lights Hagerstown.