Everyone at Complete Power Wash in Hagerstown hopes you and your family have a safe and happy Halloween.

Our techs think the only thing scarier than a haunted house during Halloween, is a house that hasn’t been pressure washed in years and LOOKS like a haunted house during the day and night. This is a truly frightening tale when you think that there is only one month until guests start arriving for a Thanksgiving meal. This means time is running short to book our cleaning services to remove dirt and grime from your siding, gutters, walkways, fences and roof.

While you’re trying to figure out the best day to book us, enjoy this Halloween trivia about the traditions we all know and love.

Why are pumpkins part of Halloween?

A: Pumpkins are actually indigenous to the Western Hemisphere and have been found on the continent for thousands of years. Pumpkins entered into the Halloween celebration after Irish immigrants came to America and found that pumpkins were easier to carve than potatoes for the holiday.

When did the Jack-’o-lantern become part of the autumn celebration?

A: Jack-’o-lanterns have been around for hundreds of years. The legend is of a man named Jack, who according to legend, invited the devil for a drink. Jack did not want to pay for his drink, so he made a deal with the devil. The devil turned himself into coins, but instead of paying for the drink, Jack kept the coins. Later freeing the devil, he promised to change him back if he did not steal his soul. Upon Jack’s death, God would not let him into heaven because of his past and the devil would not let him into hell. Instead, the devil gave Jack a piece of coal, which Jack placed into a turnip. The legend goes that Jack used the turnip and coal to light his way as he looked for a final resting place. The original jack-’o-lanterns in Ireland were carved out of turnips or potatoes.

Why do we have Halloween parties?

A: The idea of people gathering together to celebrate dates back to the early American settlers, who celebrated the harvest. People would gather at these events and would share ghost stories, dance, sing and tell fortunes. Since that time, Halloween has become more of a holiday about bobbing for apples and candy than celebrating the harvest.

Who is responsible for bringing Halloween to America?

A: Halloween is mix of traditions from Celtic, Catholic and Roman religious rituals. Celts would dress in costumes and light bonfires to ward off ghosts, thought to return on Halloween. The Celts believe that the boundaries between the living and the dead blurred on Halloween, making it easier for ghosts and spirits to return to cause mischief.

When did candy corn become part of the celebration?

A: More than 35 million pounds of candy corn is produced each year according to the National Confectioner’s Association. Created in the late 1800s, the three colors are supposed to look like the colors in kernels of corn.

How did ghosts become part of Halloween?

A: Most cultures and civilization contain some sort of stories about spirits, many of whom return from the dead. According to legend, ghosts are “specters” and belief is based on the thought that a person’s spirit lives on after their death. Places or structures that are haunted by ghosts are thought to have some sort of connection to the ghost’s past. 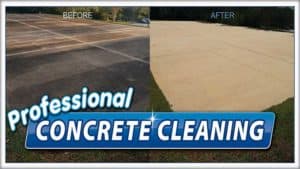 How did costumes become part of the holiday?

A: Costumes were first worn to tell each other’s fortunes and for protection against evil spirits. The first costumes in Ireland were made of animal heads and skins. The modern celebration of Halloween still involves costumes, but many are not as creepy or scary as the first.

Were witches always thought of as bad?

The word witch comes from the word “wica,” an Old Saxon word that means “wise one.” The early-known witches were dealers in medicinal herbs and charms and respected in their own communities. But superstitions were created and told of witches casting spells and making trouble for others. Settlers who arrived in America brought these superstitions, and coupled with the Native American belief in witches, the legend grew.

Did Trick-or-Treat start in America?

A: Trick-or-treating for candy and prizes is a common tradition in the United States. A predecessor of trick-or-treating is a Scottish and Irish practice called “Guising,” where children went from door to door in costumes collecting coins and food. Children would only receive the prize if they did a “trick” such as song or dance, before the treat was given. 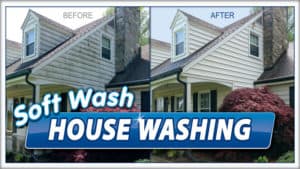 How much candy is given out on Halloween?

A: One quarter (600 million pounds) of all of the candy sold in the United States every year is purchased specifically for Halloween. Ninety million pounds of that is chocolate.

If you would like to schedule us to clean your home before the holiday guests arrive, please contact us by clicking here or call our Hagerstown office at 301-842-2290.

Complete Power Wash techs serve residents and businesses throughout the Tri-State (Maryland, Pennsylvania and West Virginia) area, including Hagerstown, Clean Spring, Boonsboro, Smithsburg and Funkstown in Maryland; Greencastle, Waynesboro and State Line in Pennsylvania; and Falling Waters and Martinsburg in West Virginia. Our Techs specialize in the softwash technique. This approach uses gentle detergents and low water pressure to clean without causing damage.